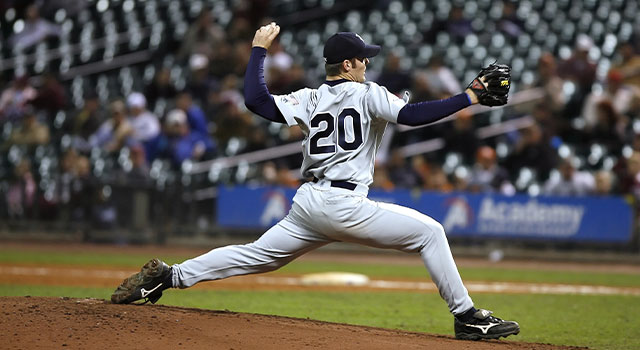 Hitting a baseball out of the park is widely regarded as one of the most difficult sporting challenges. In Major League Baseball (MLB), batters have less than half a second to meet a 90-mph fastball with the sweet spot of their bat. There is almost no other specialized action in any sport that puts a player’s visual system under such strain.

So why don’t coaches and managers ask their players to utilize sports vision training to boost their performance on the field?

That’s because the value of sports vision training is underappreciated. Many athletes, parents, and coaches don’t realize the central role that visual skills play in athletic ability, and are ignorant of the numerous ways to develop them.

There are many kinds of pitches: fastballs, curveballs, screwballs and more.

Batters have only a fraction of a second to identify the type of pitch and react accordingly. Keeping an eye on the ball and assessing speed, motion and direction are highly demanding for a player’s neuro-visual system.

5 Essential Visual Skills for Keeping Eyes on the Ball

A sports vision training program is customized for each player based on an evaluation of their visual skills with a specific focus on baseball requirements. 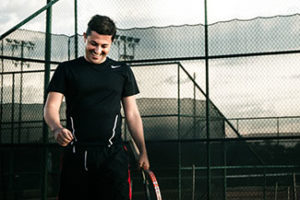 As an athlete, it’s important to be aware of your surroundings and be able to gauge distances. This is where sports vision training comes into play. Sports vision is about training people to process what their eyes see, better and faster. It’s an effective way to boost the visual skills you need to excel at your chosen sport and stay safe while doing it.

Having strong, well-developed visual skills enhances your ability to catch, throw, and hit a ball, allowing you to thrive in sports like baseball, basketball and tennis. By sharpening your peripheral awareness, depth perception, and eye-tracking and focusing abilities, you will be able to better gauge the distance between a tennis ball and the net, or the proximity of another player as you sprint across the field.

Convergence is the ability to keep both eyes working in tandem as they track objects or people, such as a player passing a ball. Accommodation, also known as focus flexibility, is the eyes’ ability to immediately change focus.

Improving your eye-focusing abilities will help you concentrate better, and swiftly and precisely refocus your vision. This makes it easier to quickly process moving objects.

Depth perception is the ability to judge the distance between you and people or objects, and allows you to see in three dimensions. Individuals with good depth perception have an easier time recognizing an object as it approaches because they can see where it is in space. When a baseball player makes a spectacular catch or steals a base, depth perception is one of the visual skills they most rely on.

Peripheral awareness, also known as peripheral vision, enables us to detect and see things that aren’t directly in front of us while looking straight ahead. A well-developed peripheral field helps soccer players, tennis players and cyclists see people and objects at the edge of their visual field and sense the flow of the game or traffic as it constantly changes.

The sharper your visual skills are, the better you will be at whatever sport you participate in. Your eye doctor will assess your vision in specific areas to identify weak areas that need strengthening. After that, you’ll be prescribed a customized sports vision training program that will include a series of personalized eye exercises and assessments to measure your progress.

To learn more about how sports vision training can help you become a better athlete, contact Advanced Eye Center today! 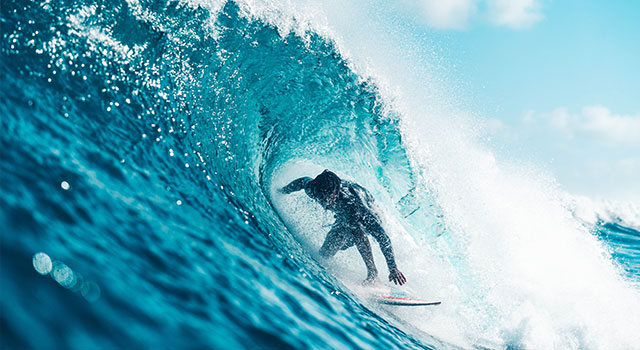 It’s finally summer—and there’s no better time to play outdoor sports! But if you’re like many of us, you may be a little rusty from the long winter months. While physical training is important to get back into gear, sports vision training can take you a step further by helping you hone the visual skills you need to excel at your chosen sport.

Sports vision training is a personalized program that helps professional and amateur athletes improve the way their eyes, brain and body interact. The quicker the brain processes the messages the eyes send, the better the performance.

Strong, well-developed visual skills can help you improve your ability to hit a tennis ball or perform the perfect dive in the swimming pool.

Sharpening your tracking, depth perception, focusing and peripheral awareness skills will help determine the proximity of the water from the diving board or the distance between a baseball and your bat. It should come as no surprise that vision training helps athletes improve their performance in just about any sport.

Binocular vision is the ability to create a single image with both eyes while maintaining visual focus on an object. Sometimes our eyes fail to integrate visual information into one coherent image. This integration is important, as it allows athletes to perceive three-dimensional depth and relationships between people or objects, such as another player or a ball.

Since each eye is in a different position relative to any object, the eyes convey slightly different spatial information and send these varying images to the brain. The brain then uses the differences between the signals from the two eyes to accurately judge depth, speed, and distance.

When binocular vision isn’t operating at peak capacity, it impacts an athlete’s reaction time and the speed and accuracy of their movements.

Reduced binocular vision doesn’t mean that athletes are constantly falling over or fumbling. What it does mean, however, is that they may misjudge the velocity or direction of a ball, or collide more with other players.

When our brain and eyes don’t work efficiently as a team, especially while playing sports, it can affect timing, depth perception, reactions, accuracy, and speed.

Visual deficits hinder how an athlete responds to what they see. If there is an issue with a player’s vision, there will most likely be an issue with their balance and body awareness.

There are many visual skills athletes need to perform their best during a game.

Accommodation – is the eyes’ ability to change their focus from distant to near objects and vice versa. For example, when a football player looks at other players coming toward them, then shifts focus to the ball on the field.

Binocular Vision – is the ability to maintain visual focus on an object, creating a single visual image with both eyes. Without binocular vision athletes cannot accurately measure distance and depth.

Depth Perception – is the ability to distinguish the distance to, or between, objects. This is important for athletes when they need to hit or interact with moving objects.

Dynamic Visual Acuity – the ability to see a moving object when a player is stationary, or when the object is still and the athlete is in motion. It’s the eyes’ ability to visually discern detail in a moving object, such as a player’s number on a jersey.

Peripheral Vision – is the ability to see objects and movement outside of your direct line of vision. This is important for athletes, especially when they need to run down a field and be able to see other players coming at them from all directions.

Smooth Pursuits – reflexive eye movements that are required when tracking an object through an environment, such as a flying ball. Instead of the eye moving in jumps, it moves smoothly.

The ability to enhance an athlete’s sports vision skills is a proven way to improve performance. To learn more about how sports vision training can help you reach your goals, contact us at Advanced Eye Center today.